In class we are learning about physics. To learn, we did a lab and used a graduated cylinder, marbles and a sink clog. We used the graduated cylinder to measure the objects by placing it into the water. The height of the water would rise, and the measure would change. It would change because the density of the last number we had was we would subtract it . Then we took the object out of the graduated cylinder and measured it on a scale for the mass. Another lab we did that really helped me make sense of physics, was when we measured blokes and used the method length x width x height. That was one of my favorite methods. 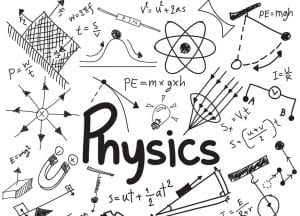 I learned that physics is a way of doing measurement in a different way. Like how you can measure mass by placing it on a scale to find density by placing an object  in water and finding the measurement of the object. It surprised me how much scientists use physics to find everyday objects that they cannot measure. The most thrilling part of physics is when you get to the part where you find the numbers but they have to be changed to density or when you have density and volume and need to find the mass. I feel more confident because I understand physics more. The labs we did this week were really fun and helped to make sense of physics.

Who was the first to teach physics?

How do you find mass if you have on scale?

What does the word  physic mean?